Click to read our White Paper on Probiotics and Health

Probiotics are live microorganisms that, when administered in adequate amounts, confer a health benefit on the host. Although certain effects can be ascribed to probiotics as a general class, including their contribution to a healthy gut microbiotia, supporting a healthy digestive tract and a healthy immune system, many effects of probiotics are strain-specific. This means that if a certain health effect is found for one strain, no conclusions can be made on the effect of another strain, and vice versa. Probiotics do not become established members of the intestinal gut flora, so for them to confer a long-lasting benefit, they must be consumed regularly. There has been vast interest in the health benefits, which is reflected in the large number of studies now published in this field. This paper aims to consider the evidence on the effects of probiotics on health, with a focus on well-studied areas.

Probiotics have been widely studied in people suffering from irritable bowel syndrome (IBS) since a role of the microbiota in the gastrointestinal (GI) tract has been implicated. Evidence from Randomised Controlled Trials (RCTs) suggests use of probiotics is associated with a significant reduction in the risk of symptom persistence and also significantly reduces global IBS symptoms, abdominal pain, bloating and flatulence. Combinations of probiotics are generally effective, while the role of single Lactobacillus (L.) and Bifidobacterium (B.) strains is unclear, possibly due to a limited number of studies. In children with IBS, L. rhamnosus GG is associated with a significantly higher rate of treatment responders and reduced frequency of pain, although other strains and combinations may be effective too. Overall, the evidence suggests that IBS sufferers may benefit from taking probiotics.

The use of probiotics is promising for the treatment of constipation in adults by increasing stool frequency and consistency. On average, bowel movement frequency increased by 1.3 bowel movements per week. Studies using B. lactis were effective, while L. casei Shirota was not. Probiotics have to date failed to convey a benefit in constipated children.

Acute diarrhoea is a leading cause of childhood morbidity and an important cause of malnutrition. Numerous studies have investigated the use of probiotics in treating acute diarrhoea, and overall were found to be effective and shorten the duration of diarrhoea by an average of one full day. The most studied probiotics are L. Rhamnosus GG, Saccharomyces (S.) boulardii and Enterococcus lactic acid bacteria SF68, which were all effective. A limited number of studies have investigated the effectiveness of probiotics in treating persistent diarrhoea (>14 days), with evidence suggesting probiotics may be effective in shortening duration. 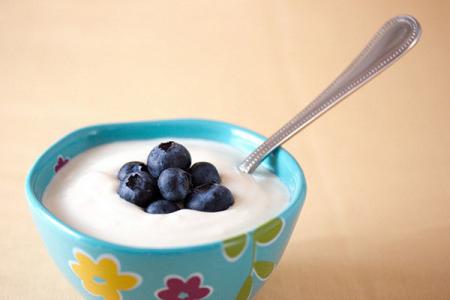 Inflammatory bowel disease (IBD), such as ulcerative colitis (UC) and Crohn’s disease (CD), greatly affects quality of life of those affected by it. It has been suggested an altered gut flora has a role to play in the development and aggravation of IBD. Probiotics have been found effective in the management of UC. The strain Escherichia (E.) coli Nissle 1917 was as effective as the gold standard treatment mesalazine in maintaining remission, while the multi-strain probiotic VSL#3 taken with medication was significantly superior to placebo in improving UC disease activity. For other strains or combinations of strains the evidence is to date limited. UC sufferers who undergo surgery have a high chance of developing an infection of the artificial pouch which replaces the colon (pouchitis). The probiotic combination VSL#3 was found to be effective in maintaining remission in those suffering from chronic pouchitis, and also in lowering the risk of developing pouchitis in the first place. Evidence to date does not suggest that probiotics are effective in the treatment and management of CD.

A large number of studies have investigated the effect of probiotics in preventing antibiotic-associated diarrhoea (AAD).  Overall, probiotics are effective in reducing the risk of AAD in both children and adults by around 42-48%, but may not be effective in older adults. There was no evidence the effectiveness of probiotic interventions varied between different types of probiotics, although strains used were often not well documented. A number of studies investigated a specific type of AAD caused by the toxigenic bacteria Clostridium (C.) difficile. Systematic reviews and meta-analyses have found probiotics can lower the risk of C. difficile-associated diarrhoea (CDAD) by more than 60% in children and adults (outpatients), and in adult inpatients. In one of the reviews probiotics were associated with a lower risk of CDAD but not with a lower occurrence of positive stool cytotoxin/culture for C. difficile, suggesting probiotics may be effective in preventing symptoms of infection or limiting the extent of infection rather than inhibiting the colonisation of C. difficile itself. One recent large multicentre trial from the UK (not included in above mentioned reviews) did not find a beneficial effect of a combination of two Bificobacteria and two Lactobacilli strains in hospitalised patients, although the occurrence of CDAD was generally very low in this study (clearly lower than in other studies).

The use of probiotics has also been studied in relation to allergies, in particular relating to atopic dermatitis (or eczema) and asthma. Evidence to date suggests that use of probiotics during pregnancy and during pregnancy and infancy, but not during infancy alone, is associated with a reduced risk of atopic dermatitis. The most commonly studied strain is L. rhamnosus GG, which proved effective in lowering the risk of atopic dermatitis, as were combinations of probiotic strains. There is some evidence to suggest that Lactobacillus strains, but not Bifidobacterium strains, are effective in treating atopic disease in children, although the observed effect was small and possibly clinically insignificant. Evidence to date does not suggest that probiotic use during pregnancy and/or infancy reduces the risk of wheeze and asthma.

Probiotics have the potential to regulate critical components of the immune system, thereby lowering the risk of infections such as respiratory infections, including the common cold. A review found that on average use of probiotics reduced the number of patients experiencing episodes of upper respiratory tract infections by around 47% and the duration of an episode by almost 2 days. However, these findings need to be interpreted with caution due to the overall low quality and risk of bias of the included studies.

Probiotics, as well as prebiotics, are increasingly used in infant formulae in an attempt to promote a gut microflora resembling more closely that of breastfed infants. While probiotics are considered safe to use in infant formulae, evidence to date is considered too limited to draw reliable conclusions. However, the supplementation of formula with probiotics is considered an important field of research, and well-designed RCTs are needed to investigate the effect of probiotics on growth, GI infections, respiratory symptoms, colic and crying.

There is emerging evidence for a role of probiotics in the treatment of obesity and for bone health, but more evidence is needed before any conclusions can be drawn.

Use of probiotics is generally considered safe for the general population, although a more systematic approach to monitor adverse events is warranted.

Overall, evidence suggests that there is a clear benefit of taking probiotics in order to prevent or treat certain health issues. A diversity of strains have been studied, making it difficult to identify which specific strains are effective, although for certain areas such as AAD a variety of strains seem to be effective. More research is needed to identify whether and how healthy consumers may benefit from taking probiotics.