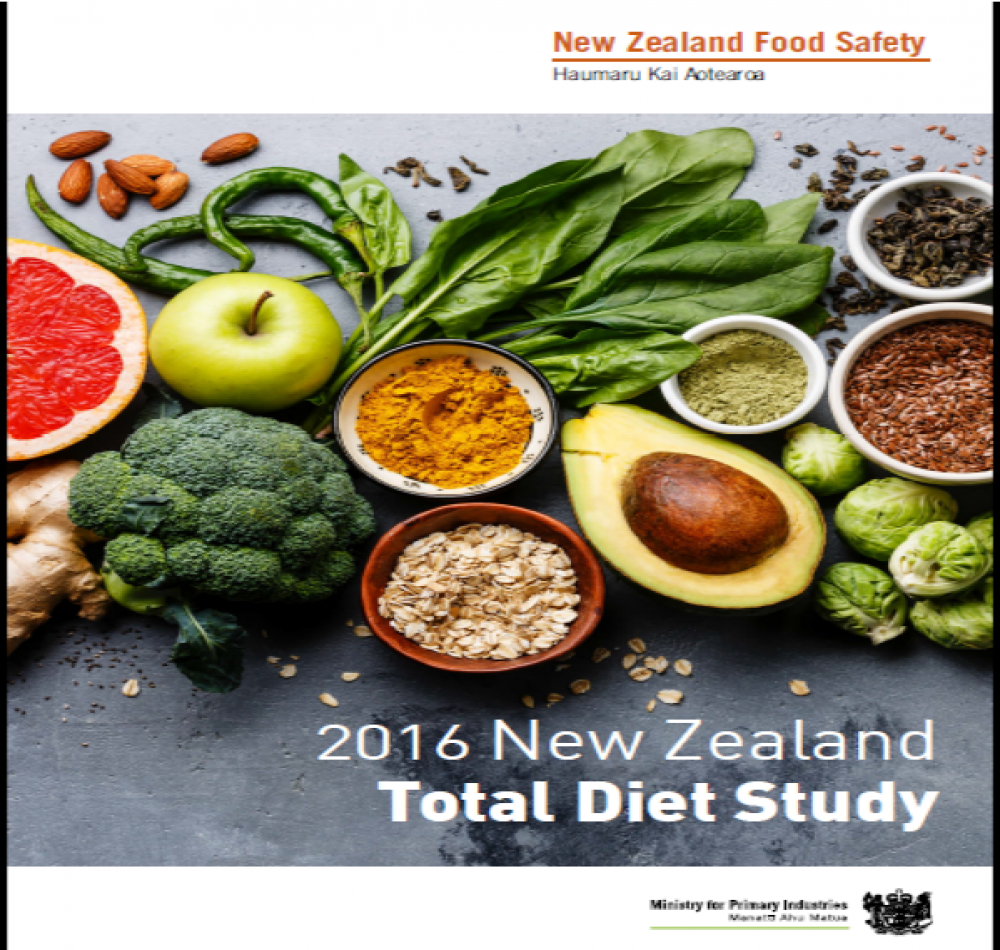 New Zealand Food Safety (a unit of the Ministry for Primary Industries) has today published the results for the 2016 New Zealand Total Diet Study (TDS), which shows the food New Zealanders eat has a high level of safety in regard to chemical hazards which might be present in the food supply.  Exposure to agricultural chemicals and contaminants from food remains low, and for the first time in 2 decades, our dietary intake of iodine is sufficient for good health.

The study which is carried out on average every 5 years is a national survey of a range of common foods consumed in a typical diet. It's used to assess our overall exposure to chemicals such as agricultural compounds, environmental contaminants, and nutrients, and to identify any potential food safety risks. It is also used to monitor trends and changes in levels over time.

MPI's specialist advisor for toxicology and environmental chemistry, Dr Andrew Pearson says for the 2016 study we tested over 4,300 individual food samples for a total of 301 agricultural chemicals and 10 contaminants and nutrients.

"We increased the number of food types we tested to 132 in this TDS to capture new food trends, and for the first time the TDS allows us to look at Pacific Island ethnicity diets," Dr Pearson says.

"Overall we found that the New Zealand food supply continues to be safe in terms of exposure to chemicals, and generally there is a sufficient level of nutrients for health."

Both contaminants and nutrients can come from a variety of sources such as those naturally occurring in the environment, natural processes (like volcanic activity), and materials used in food preparation and storage (such as tin from cans).

In terms of contaminants, the Ministry for Primary Industries (MPI) tested for aluminium, arsenic, cadmium, lead, mercury, and tin.

"Dietary levels of cadmium and mercury have remained consistent with results from the previous TDS. Lead levels, on the other hand, have decreased and we are seeing a continued trend of this.

"We tested aluminium for the first time in the TDS and found higher than expected levels in some foods. While the potential health risk is low, we are actively working with industry to reduce the level of aluminium in these foods."

For nutrients, MPI tested a range of common nutrients such as iodine, selenium, sodium, and zinc. Approximately half of the foods were also tested for fluoride.

"We found Kiwis are still consuming higher than needed levels of sodium in their diet, however, consumers are getting the right levels of selenium and zinc, both of which are essential in supporting a healthy metabolism.

"The TDS found an increase of iodine in our diets, which is linked to bread being fortified with iodised salt. This means that for the first time since the 1990s iodine intakes are estimated to be at a level in the population which is needed for good thyroid function."

For agricultural chemicals, MPI tested 3 types that are commonly used in agriculture: insecticides, fungicides and herbicides. Plus for the first time, 2 chemicals commonly found in disinfectants used in the food production industry and in homes.

"All in all, the results from the 2016 TDS are very reassuring, and show the New Zealand diet is safe and wholesome.

"The levels of agricultural chemicals and contaminants in our diets remain low and most of the latter are naturally occurring in the environment, so the fact they are showing up in our foods is unavoidable.

"In addition, we are eating foods that are providing us with the right levels of nutrients needed to maintain a good diet," Dr Pearson says.

The next TDS will likely be conducted in 2021.