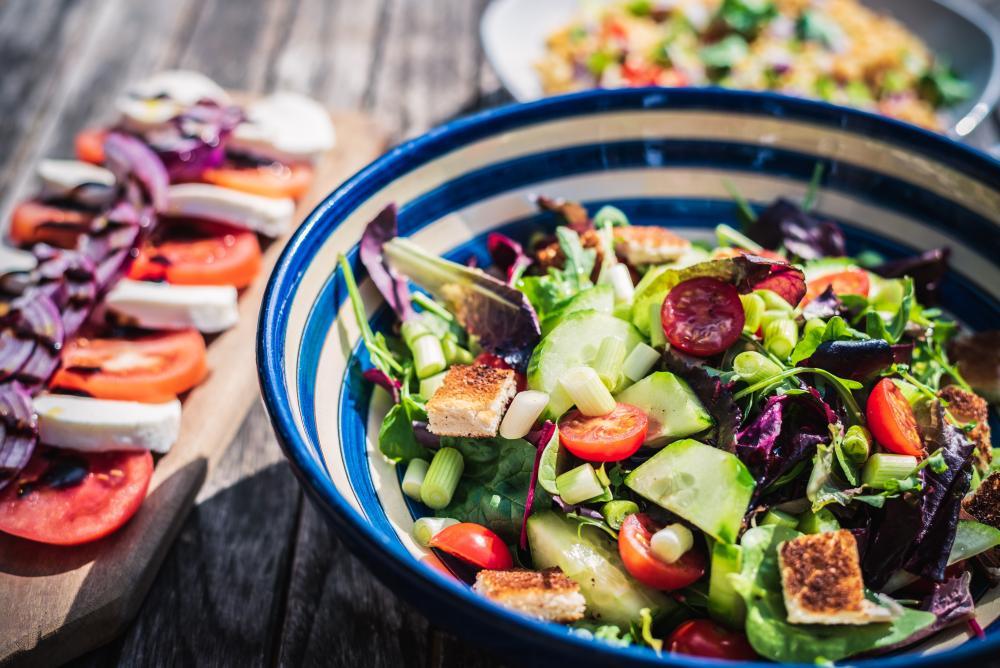 The project consisted of two key parts: the first Australasian pilot study conducted by Auckland University of Technology (AUT), using the new innovative Veggie Meter device to establish a benchmark of Kiwis’ vegetable and fruit consumption via a fingertip scan; and an online questionnaire with 1,346 adult respondents to understand which foods New Zealanders are most commonly consuming and why.

Findings from the survey indicate that respondents identified the amount of plastic packaging as their top concern when making decisions to purchase food and beverages, with 42 percent rating it as extremely or very important. However, figures dropped substantially when respondents were asked about environmental sustainability.

Nutrition writer and commentator Niki Bezzant says “although plastic packaging is detrimental to the health of the planet, agriculture emissions and less sustainable farming practices can also be problematic. It’s interesting to note that respondents were less inclined to identify these as concerns.”

Collectively, 30 percent of respondents stated that they currently are or have been in the last 12 months vegetarian or vegan with a further eight percent stating that they have followed a flexitarian diet in the same period. This was higher among younger people (those aged 15-34) with 43 percent having been vegetarian or vegan in the last 12 months and 13 percent having followed a flexitarian diet.

NZNF Scientific Director and Emeritus Professor of Nutrition at AUT Elaine Rush says “it appears there has been an increase from the 2008/09 Ministry of Health Survey with more people following plant-based ways of eating. This is a positive shift, as eating a variety of wholesome foods, mostly plant-based, can improve not only Kiwis’ health, but also the health of our planet.”

Interestingly, findings also highlighted that older participants were less likely to rank environmental sustainability as an important factor when making decisions around food. Forty five percent of people aged 15-34 years stated that food being produced in an environmentally sustainable way was either very or extremely important to them, compared to only 29 percent of those aged 55 years or more.

NZNF Chief Executive Sarah Hanrahan says “there seems to be a clear correlation between age and sustainability consciousness and it’s encouraging to see younger generations being more mindful. We need to continue to look at our food systems to ensure that not only are they providing safe, healthy diets for all Kiwis, but that that they are also protecting Aotearoa’s natural environment.”

Bayer New Zealand Managing Director Derek Bartlett says “as a life sciences company, we have a keen interest in supporting the goal of sustainably producing enough healthy food for our growing population. It’s vital to get a snapshot of what Kiwis are eating and why so we can continue to pursue innovative ways to ultimately create a healthier world.”

The survey component was carried out by the National Research Bureau using Dynata’s consumer panel; and the Veggie Meter readings were measured by PhD students who specialise in food and nutrition from AUT’s Faculty of Health and Environmental Science. The full findings from the Veggie Meter study are expected to be presented at the Nutrition Society meeting at the end of November and submitted for publication in the peer reviewed literature soon after.

About Bayer
Bayer is a global enterprise with core competencies in the life science fields of health care and nutrition. Its products and services are designed to benefit people by supporting efforts to overcome the major challenges presented by a growing and aging global population. At the same time, the Group aims to create value through innovation and growth. Bayer is committed to the principles of sustainable development and to its social and ethical responsibilities as a corporate citizen. In New Zealand, we support numerous community and environmental causes, including the Whangarei Native Bird Recovery Centre. For more information, go to www.bayer.com.

For more information, images or an interview, please contact Marina Ohtsuka, One Plus One Communications on:

Forward-Looking Statements
This news release may contain forward-looking statements based on current assumptions and forecasts made by Bayer management. Various known and unknown risks, uncertainties and other factors could lead to material differences between the actual future results, financial situation, development or performance of the company and the estimates given here. These factors include those discussed in Bayer’s public reports which are available on the Bayer website at www.bayer.com. The company assumes no liability whatsoever to update these forward-looking statements or to conform them to future events or developments.